Sports Forum / Re: Grambling vs Southern

« on: Today at 10:49:28 AM »
Mitch McConnell flat-out tells Republicans to use Manchin and Sinema to obstruct Biden

Schumer and Republican leader Mitch McConnell strategized this week with their conferences on the filibuster, and both had as their focus the two problem children of the Democrats: Sens. Joe Manchin of West Virginia and Kyrsten Sinema of Arizona. Schumer has a plan for demonstrating to the two that Republicans really don't want to play nice and McConnell has a plan to optimize the two as his tools to trash everything President Joe Biden intends to do.

In this week's Democratic conference luncheon, the first in-person since the pandemic, Schumer asked Democrats to find Republican partners willing to work with them on bipartisan priorities. "Schumer is just now laying out how we want to go forward," one of the Democratic senators told The Hill on background. "Some members of the caucus, a considerable number, they want to understand the extent of Republican obstruction to justify any action taken on the filibuster."

In other words, make the effort to both show the public ahead of the midterms that Democrats are willing to give bipartisanship a go, and to demonstrate to Manchin and Sinema that that's not going to work. "All of this is about bringing the caucus back together so eventually 50 people in the room can reach a decision," the senator said.

While that was happening, McConnell was telling Republicans to make nice to Manchin and Sinema to co-opt them to his agenda by boosting their already healthy egos. In an interview with Politico, McConnell demonstrated the tactic. "What they've been very forthright about is protecting the institution against pressures from their own party. I know what that's like," McConnell said, recalling Trump's constant pressure to make him nuke the filibuster. "Every time I said no. And it's nice that there are Democrats left who respect the institution and don’t want to destroy the very essence of the Senate."

Of course, McConnell didn't get rid of the filibuster on legislation because he cared about the Senate, which he had already laid to waste. He kept it because it kept the truly bonkers stuff the Republican House and Trump were coming up with in the first two years of Trump's term from being viable in the Senate. McConnell didn't want to have to preserve the Republican majority on that record. The second reason was that all he really wanted coming out of the Trump years was a stranglehold on the judiciary, which he achieved by—nuking the filibuster on Supreme Court appointees. Oh, and tax cuts. Which he achieved by the same non-filibusterable budget reconciliation he's condemning now. So much for his vaunted love for the institution.

Nonetheless, his team is going forward on his command to co-opt the two tools of the Democrats. "For me right now, they're almost guardians of democracy because they're trying to protect us from the loss of the legislative filibuster and everything that would come with that. They're good people," John Thune, McConnell's number two, told Politico—which is always willing to help spread GOP gospel. "They want to do the right thing." If by "democracy" you mean minority rule, which Thune clearly does. Because that's what Sinema and Manchin are protecting here.

Manchin told Politico "I just hope [Republicans] help me a little bit in bipartisanship. […] That's all." Good luck with that, Joe. "He said he believes Republicans aren't all talk and no give, that 'they really want to work.'" Sure. Because here's what's really happening, and Republicans are happy to admit it: "When they can't drive compromise directly through legislation that's passed through budget reconciliation, GOP senators can influence the process by keeping close ties to Sinema and Manchin."

For example, Manchin's last-minute intervention that nearly blew up the American Rescue Plan—the critical COVID-19 relief bill passed last month—was so much string-pulling by his Republican "friend" Rob Portman of Ohio, to cut back unemployment benefits by $100 a week and to cut the federal boost in payments off in early September, instead of at the end of October.

Politico baldly lays out the machinations here: "No Republicans supported that legislation, but they were able to make their mark through Manchin." In other words, he's being used.

Manchin and Sinema's influence has "been very helpful," said Sen. John Kennedy (R-La.). "Now, I don’t want to overstate that. I don't think either one of them have fundamentally changed the direction of important Democratic legislation just yet. But they've certainly slowed down a lot of the more radical ideas."
Like the radical notion of voting rights. Or the radical idea that $7.25 an hour is not enough to live on in almost every part of the country.

One of the "moderates" in the Democratic conference, the Maine Independent Angus King, basically endorsed Schumer's approach. He said that he wants to see just how many Republicans are willing to cross over to help out before reforming the filibuster, but he is definitely putting the onus on them. "It's up to them," he told The Hill, citing a Washington Post op-ed he wrote last month: "What happens to the filibuster depends on how Republicans play their hand."

Whether Manchin got that message isn't entirely clear. "Chuck Schumer spoke more about bipartisan today than I've ever heard him speak about," Manchin told reporters. "He wants—'Everything we're doing, we'll try to do bipartisan. Let's work on bipartisan, reach out to your friends,'" is how Manchin interpreted it. It was probably more grammatically correct in the original.

Schumer's deploying the only strategy that makes sense at this point, with Manchin and Sinema digging in their heels—put the onus on them to find Republicans to help. It would be satisfying if he took that a bit further and made Manchin, in particular, prove his assertion that there are 10 Republicans willing to work with him by getting public statements from them. But this will do for now.
4 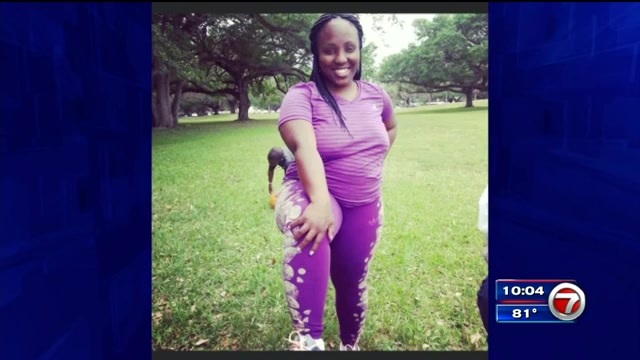 Politics / Re: From Maxine Waters To Jim Jordan: STFU (Paraphrase)

What has Jim Jordan accomplished while in Congress?

Jordan's actions in Congress have mainly been of an obstructive nature as opposed to moving the nation forward.
7

Politics / Re: Oldsport, What Do You Think the Verdict in the Derek Chauvin Should Be?

They have nothing. The Republican party can't lead. They win off of hatred and fear.

Politics / Re: WHY IS OLD SPORT ALLOWED TO USE PROFANITY AND CONSISTENTLY INSULT OTHERS

OLD SPORT HAS STATED HE PLANS TO IGNORE ME.   ANYONE WANT TO PLACE A BET ON HOW LONG HIS WORD LASTS?

About as long as Pat was in the army.

Politics / Re: REMEMBER THIS FAKE LEFTIST MEDIA LIE - RUSSIAN BOUNTY ON US TROOPS

The Russian-Trump collusion was proved to be a hoax.

General Discussion Forum / Re: Mom got pregnant while already pregnant

If you cant nut in pregnant chicks now then who can you nut in?

Nick Saban sucked in the NFL. He has dominated college football.