With the Aggies and the Bulldogs tied at 3, A&T freshman Ian Pedersen scored the final nine points against Connor Enslin 6-7, 6-3, 6-0 to clinch the historic win. The Aggies last conference tournament win came on April 21, 2005, in a 4-2 win over Norfolk State in the Mid-Eastern-Athletic Conference (MEAC) tournament in Altamonte Spring, Fla.

The Aggies, who improved to 12-9 on the season, advanced to the semifinals starting noon, Saturday, April 23, against No. 2 Radford at Marion Diehl Tennis Center in Charlotte, N.C.

As Pedersen and Enslin walked out on the court to start the final set, GWU's Alex Lepine had just defeated freshman Jorge Perez 7-5, 6-1 at No. 5 singles leading to the deciding match.

Tarholes are now 14-1 at home vs non-conference opponents.

The Aggies competed in the All Girls College – Advanced division amongst four other college teams – Belmont Abbey College, Point Park University, St. John Fisher College, and the University of Dubuque.

« on: March 03, 2022, 12:02:46 AM »
Not your typical superhero movie. Totally different than the DCEU version of Batman. Definitely more of a thriller, chrime noire. Imo, adapts pieces of Batman Year 1 and Batman Hush arcs. Regardless, it works!
6

General Discussion Forum / WTF, I Thought She Was Dead?

TP, you goin strait to hell!

DETROIT – Toyota Motor has dethroned General Motors as America’s top-selling automaker in 2021, marking the first time since 1931 that the Detroit automaker wasn’t the best-selling car company in the U.S.

It also marks the first time a non-domestic automaker has taken the top spot in America.

Despite not being favored in the Cricket Celebration Bowl, South Carolina State — the MEAC champion — toppled 11-1 Jackson State to finish on top of the final 2021 Ultimate HBCU Sports Football Poll.


Derrick Boseman said that T’Challa “needs to live on in the Black Panther franchise.”

In a recent interview with TMZ, the late Chadwick Boseman‘s brother says the actor would want the iconic role of T’Challa in Black Panther recast in the sequels. 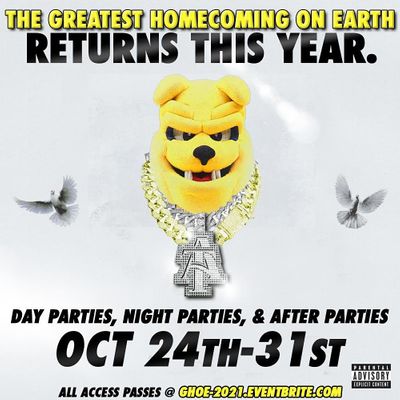 « on: September 19, 2021, 08:31:56 AM »
First allow me to give condolences for the two people who lost their lives in the parking deck last night. Smh, outside elements always looking to destroy what we've established.

On another note please have your broadcast team filter out background noise. Twice at different intervals I clearly heard your PA announcer telling everyone to remain in the stadium due to emergency police action on Lawson Street.
I don't think this is something you want going out over the airwaves during a live espn broadcast?
13

Sports Forum / What Percent of Your Team Has Been Vaccinated?

« on: August 21, 2021, 08:48:19 AM »
Perhaps this will be the single biggest stat as kickoff approaches within the next week or two? Kudos to SC State and Southern for reaching 100%. Clearly they have a commitment for the welfare of their student athletes and a commitment to winning!

The way this virus has devastated our communities I'm shocked some of us aren't taking vaccinations more seriously. Some of the rumored team numbers I'm hearing is flat out depressing.