Shade has been named the new head coach at Miles College, according to multiple media outlets.

In two years as head coach at Pinson Valley, Shade led the Indians to a 21-6 overall record and the 2020 Class 6A state championship.

He also coached 2020 Mr. Football Kool-Aid McKinstry, now at Alabama. He has not immediately returned text messages or calls from AL.com.

Sports Forum / They aren't even hiding what their intent is anymore.

BIRMINGHAM, Ala. (WBRC) - If you’re among many in Birmingham wondering about the fate of Legion Field - it may have more SWAC football in its future.

The City of Birmingham’s Office of Innovation and Economic Opportunity and the Southwest Athletic Conference wants to play one new conference game a year at Legion Field for the next five years.

Sports Forum / My Candidates for the New Orleans Saints HC

BATON ROUGE, La. – “It’s very helpful if you’re trying to get a quick fix, but me personally, I like to develop players,” Southern head coach Eric Dooley commented on the NCAA transfer portal back in December.

The new Jags head coach added he understood college football’s current environment, and his team’s action in the portal showed in the last month. 10 players committed to the Jaguars through the transfer portal in January alone, but Coach Dooley viewed the roster moves as filling needs in the locker room.

Gonzaga University opted to suspend the season tickets of NBA Hall of Famer John Stockton, one of its most prominent alumni, after the star continuously failed to comply with the school's mask mandate.

Stockton told The Spokesman-Review that Gonzaga Athletic Director Chris Standiford told him of the decision. The men's basketball team is ranked No. 1 in the recent Associated Press Top 25 poll and has 10 games, including five at home, until the West Coast Conference championships and NCAA men's tournament in March.

Sports Forum / This never gets old

One of four additions to first-year coach Eric Dooley’s staff, Graves will work as assistant head coach, special teams coordinator and linebackers coach. He joins running backs coach Dre Fusilier and former Southern star Sean Wallace, who will coach safeties, and assistant director of player personnel Earl Mackie to complete a group that has strong ties to Dooley and Southern.

Kevin Ollie was improperly fired as UConn’s men’s basketball coach in 2018, an independent arbitrator ruled on Thursday, according to The Associated Press.

As a result, UConn now owes Ollie more than $11 million.

Ollie was fired in March 2018, just four years after he led the Huskies to a national championship. The move came after alleged recruiting and other violations that took place during Ollie’s tenure, which the school said allowed them to fire Ollie for cause.

Among other things, Ollie was accused of having impermissible contact with recruits and providing them free meals, arranging phone calls and FaceTimes for recruits with Ray Allen and Rudy Gay, repeatedly violating basic NCAA recruiting limits and more.

Ollie was sanctioned by the NCAA later that year, and eventually was hit with three years of restrictions. The NCAA also put UConn on probation for two years.

The ruling on Thursday, Ollie’s attorneys said, is “total vindication” for the former coach. UConn now must pay Ollie $11.157 million within 10 business days.

INDIANAPOLIS — NCAA member schools voted to ratify a new, streamlined constitution Thursday, paving the way for a decentralized approach to governing college sports that will hand more power to schools and conferences.

The vote was overwhelmingly in favor, 801-195, and was the main order of business at the NCAA's annual convention. NCAA President Mark Emmert, in his state of college sports address — delivered via video conference to a convention ballroom because he is currently in COVID-19 protocols, called the new constitution more of a "declaration of independence."

General Discussion Forum / Name a White Person that you miss.

Sports Forum / This could be urban legend for decades to come.

« on: January 19, 2022, 08:49:13 PM »
Can you imagine this? @TravisHunterJr vs @sampson_shelton in the #BoomBoxClassic and the @theswac Championship game. Man the TV ratings would be off the charts! The #SWAC is already must see TV. But talk about a blockbuster movie in the making. Oooooooweeee!

« on: January 18, 2022, 05:05:48 AM »
This week marks the 211th anniversary of The German Coast Rebellion. On January 8, 1811, enslaved men and women from St. Charles, St. John the Baptist, and St. James parishes rose up and walked downriver toward New Orleans. They were armed with few rifles, sabers, machetes, fire-hardened oak sticks, or simply with their tools. After killing two of their enslavers and causing considerable damage to the plantations where they were forced to labor, they participants were stopped only two days later after a battle against the local militia backed by Federal troops. The insurrection started on the property of Manuel Andry, then the head of the local militia of St. John parish. The 1811 revolt had several leaders from various origins, some of them born in Africa. The main leader was Charles Deslondes, a Mulatto born on the plantation of Widow Jean-Baptiste Deslondes.

The trial of the participants took place from January 13 to January 15. The judgments were rendered without appeal and death sentences were pronounced. The sentenced called for each of the captured to "immediately be delivered to be shot to death, each before the habitation to which he belonged; that the death penalty will be applied to them without torture but the heads of the executed will be cut and planted on poles at the place where each of the convicted was enslaved. " In New Orleans, the prisoners were held in jail on the lower level of the Cabildo and the trials were held on the second floor. Many death sentences were pronounced and the heads of the victims were severed and exposed on the lower gates of the city. This was the fate of those enslaved people whose only fault was their quest for freedom. Their goal was to capture New Orleans and free all the slaves. They knew they could not win and only death would be at the end of the journey. Although they did enjoy nothing but few precious hour of freedom, their action is comparable in its principle to that of the founding fathers who signed the Declaration of Independence knowing that they would be hanged if they lost the War of Independence. Visit the Whitney Plantation to learn more about the 1811 German Coast Uprising. 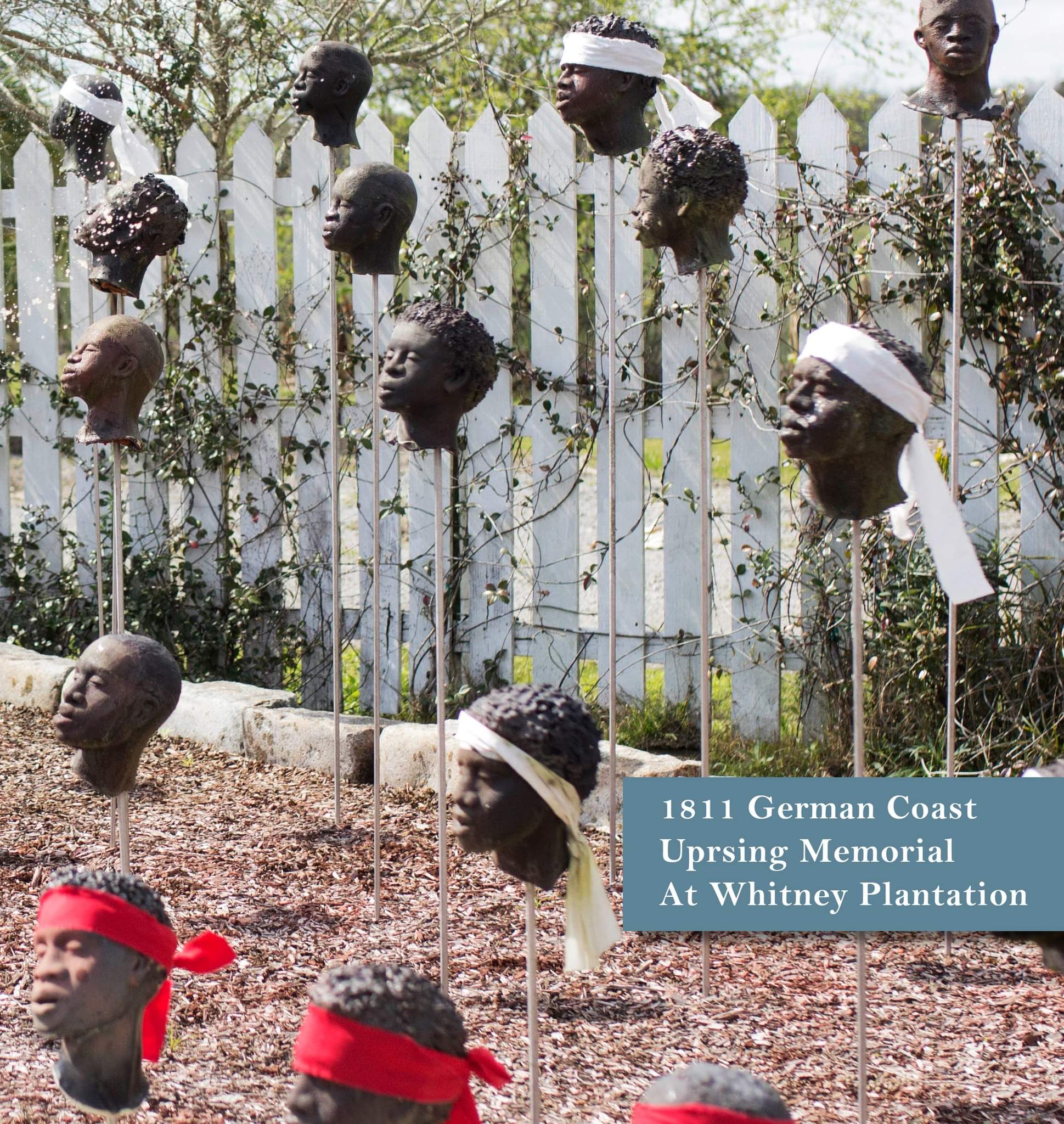 « on: January 14, 2022, 06:38:05 PM »
Danish pop singer and actress Zindy Laursen embarked on a 30-year journey to find her father. Her quest ended at the Baker home of a retired policeman and Southern University alumnus, Bill Johnson who marked Christmas 2021 with the gift of a newfound daughter.

After serving in the Army, Johnson returned to Zachary and continued his education at Southern University. He became the first Black police officer to serve in Zachary, La., and he rose to the rank of captain.

His daughter Laursen is in Denmark working a string of performances, but she hopes to visit her father this year.