Sports Forum / Re: TNSU is lost in the wilderness

« on: Today at 04:18:43 PM »
Honestly yall, I see the SWAC elevating and TSU won't be able to schedule ANY of the members, Jackson included...and it will be like the kid stuck inside who can't come out to play watching all his friends thru the window playing and having a ball.

I sooooo hate it. Yall don't know just how much I hate it.
2

Sports Forum / Re: TNSU is lost in the wilderness

« on: Today at 03:19:43 PM »
trust me, as a HUGE Big Blue Tiger fan, its frustrating. They will remain in the ovc forever unless the ovc dissolves. That would be the only thing getting them out of the ovc.

Like I posted on their website, soooo many rivalries have just been tossed aside and for what? They've gained really nothing being in the ovc. Now decades later, its almost TS-WHO cause you're basically invisible among hbcu's.

Jackson State is the only rivarly that has been maintained and thats thanks to the Southern Heritage Classic.

When is the last time they played FAMU, Southern [I know they were scheduled last year], Grambling [scheduled this year] and it still puzzles me why they don't play AAMU EVERY year considering how close the 2 schools are.

Opportunities to build a rivalry with the Bulldog is really long past after decades of ovc membership.

bluedog, I sincerely HATE IT.

General Discussion Forum / Re: Bill Gates reportedly asked out several women in his office while married

General Discussion Forum / Re: The Tamron Hall Show Does Not Want Educated Black People On The Show, Dr. Ian Sm

Interesting. I understand targeting your audience, but sometimes you have to give your audience things they are not familiar with.

Capler, TV DOES NOT WORK LIKE THAT. They're not your mama. They're all about ratings which equals advertising dollars.  Consider the demographic that is home mostly during the day, white housewives.  I agree that tv could certainly stand to EXPAND the horizons of Carol Alice and Marcia but TV doesn't take risks. They do study who's watching what and they go after advertisers to fit commercials that targets specific audiences.
5

SORRY, Y.  Saying it doesn't make it true.
Yall keep that mess in the Carolinas.
NOBODY wants that....CEPT YALL IN THE CAROLINAS.

....and then there's just everybody else

Sports Forum / Re: Kentucky State, Virginia State considering move up to Division I to join MEAC

the cat said 'NOT TODAY' and leaped

General Discussion Forum / Re: The Tamron Hall Show Does Not Want Educated Black People On The Show, Dr. Ian Sm

« on: Today at 09:44:58 AM »
73% of daytime talk show audiences is female....and most of that I would guess is WHITE female; and this is who they cater to. Kelly&Ryan, Kelly Clarkson [just why], Tamron even Steve Harvey's old talk show was targeted to the Marcia/Carol Brady crowd.  And if Blacks and men watch, thats ok too but very few watch. Tamron's show is as tired and whitewashed as the rest of them.
13

So young, life just beginning. Very sad regardless of what the cause of death is.
14

B4L, said it was Kappa on Kappa crime

Both of them were screaming. ALL I SAW was a piss contest, and a missed opportunity on BOTH parts, to educate on the concept of Critical Race Theory

I think Marc knows the whole “liberal” corporate democratic bourgeois charade is over and wants into the real black media. This is the same guy who voted for Jill Stein. Go figure

Leave it to B4L 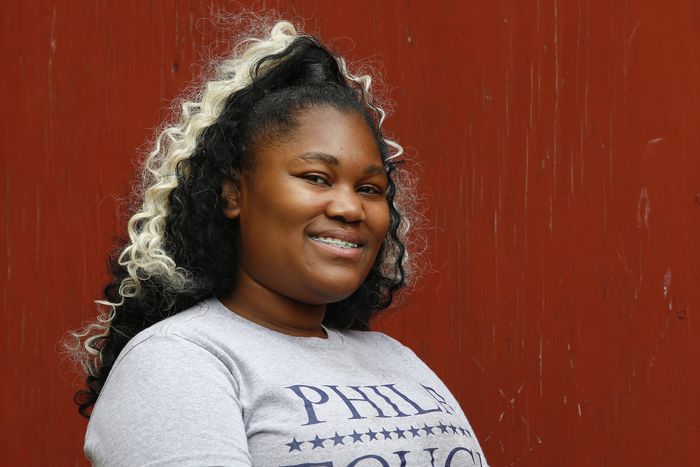 Destiny Jackson, 18, has lived homeless and in foster care. She has been accepted by more than 50 colleges, and plans to attend Spelman College in Atlanta.


Bless her heart. Spread your wings and soar, little sister